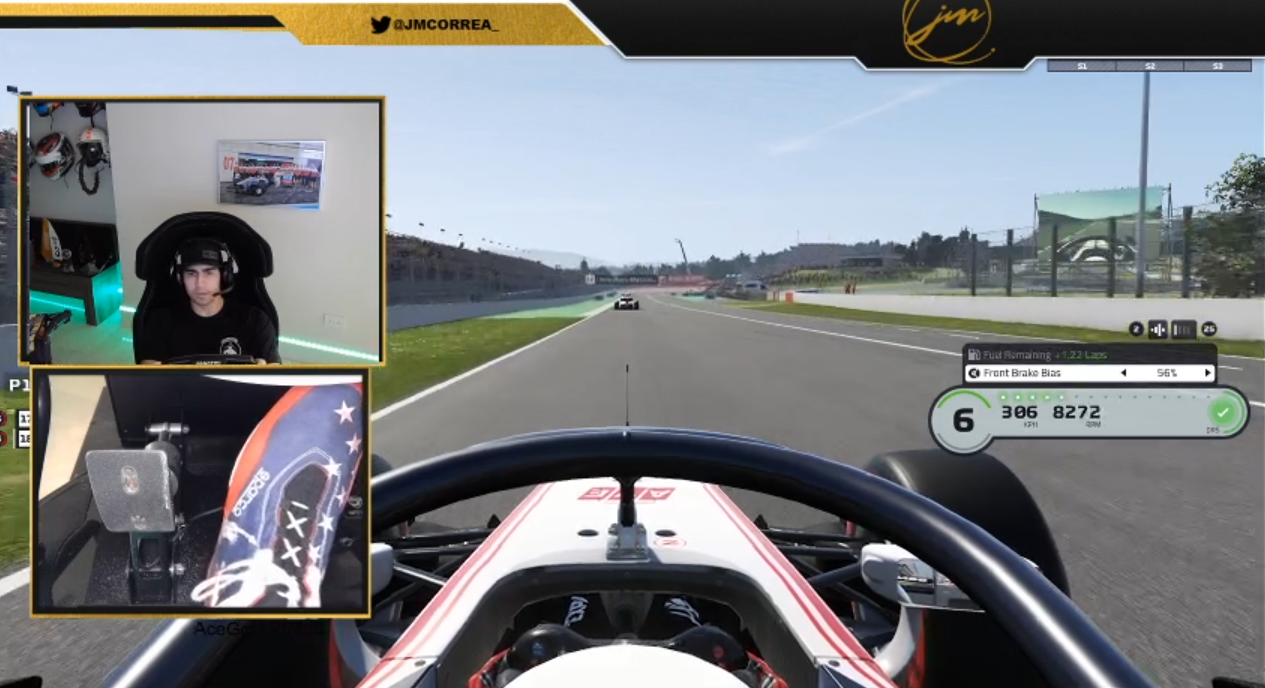 “JM enjoyed better fortunes during the five-lap Sprint encounter as he gained four places on his starting position.”

The Swiss driver, who scored an identical result last weekend in Bahrain, was joined by team-mate Juan Manuel Correa for the second round of the sim racing series that attracted a grid of 18 F2 cars.

The one-shot qualifying session decided the grid for the opening Feature Race. Louis went seventh fastest, while JM lined up on the seventh row of the grid in Spain.

The American-Ecuadorian, who promised to entertain the viewers on his Twitch stream before the race, wasn’t able to make the progress he wanted as his car unexpectedly broke traction on three occasions as he was jostling for position. He therefore completed the 19-lap race in P16.

Louis, meanwhile, was enjoying a strong race until he received contact from Lirim Zendeli at Turn One and was forced off the track. That bumped him down three places to P9, but he did put his frustration to one side as he recovered to finish P7 – a result that placed him P2 on the reversed Sprint Race grid.

JM enjoyed better fortunes during the five-lap Sprint encounter as he gained four places on his starting position to finish P12.

At the front of grid, Louis made a strong start and immediately took the lead. He headed the field until the start of the final lap when Norman Nato aggressively forced his way past at Turn One.

It was a move that the Frenchman admitted was heavy-handed after the race but he escaped without a penalty and was free to take victory. An aggrieved Louis had to settle for P2.

The next F2 Virtual Racing fixture will be held on Sunday, 24 May. The venue for the two-race event has yet to be decided.

“JM enjoyed better fortunes during the five-lap Sprint encounter as he gained four places on his starting position.”