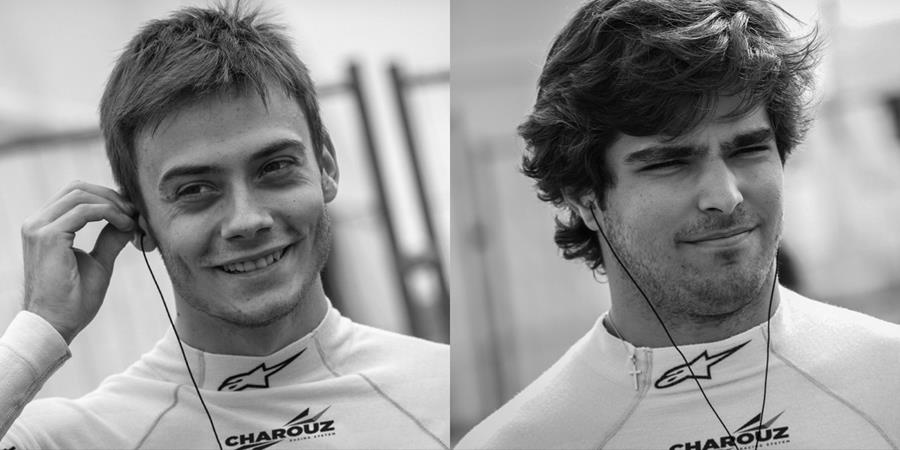 Charouz Racing System is pleased to confirm Louis Delétraz and Pedro Piquet as the drivers that will lead its charge in the 2020 FIA Formula 2 Championship.

The Czech squad will be returning for its third consecutive season in F1's official feeder series and will be bidding to add to its haul of two race wins and 10 podiums when the new season kicks off in Bahrain on 20-22 March.

Its 2020 driver line-up is expected to be an exciting one as it blends Louis’ proven F2 experience with Pedro’s race-winning pedigree in the F3 category.

The 22-year-old got his preparations for the new season off to an impressive start earlier this month when he joined Charouz Racing System for the F2 post-season test in Abu Dhabi.

Not only was he the fastest driver during two of the three days of running, but he also emerged with the quickest overall lap time across all three days of hard testing.

Pedro, the son of three-time Formula One World Champion, Nelson Piquet, also shone in Abu Dhabi as he got to grips with the latest F2 car for the first time.

The 21-year-old Brazilian adapted quickly as he finished inside the top-ten times during three of the sessions and his best lap was good enough for P8 on the overall time sheets.

Antonin Charouz, team owner, said: “We’re very happy to welcome Louis back to the team and to bring in Pedro who impressed us when we monitored his progress in F3 last season. As testing showed, I think we have a driver in Louis that is capable of winning races and we believe Pedro will learn quickly and give a good account of himself as he makes an important step in his career. We’re excited about what the new season could have in store for us.”

Bob Vavrik, team principal, said: “It’s fantastic that we have been able to confirm our F2 drivers before Christmas and it was particularly useful to work with Louis and Pedro across all three days of testing in Abu Dhabi. That allowed us to focus hard on the job that lies ahead and to lay some very firm foundations on the track before pre-season testing starts next year. I hope we will realise the benefit of that when the competition starts for real.”

Louis Delétraz said: “I’m looking forward to working with the guys at Charouz again – many of whom are the same as when I drove there in 2018. I know they have good experience like me so I’m confident we can put that together and do something good in 2020. I’m focused on fighting at the front and trying to win with Charouz. I will go there and do the maximum.”

Pedro Piquet said: “After two years in GP3 and F3, the time is right to take the next step in my career and I think I’m ready for the challenge that F2 will bring. I think I had some good training in the last series and that will definitely help me. I’m happy to join Charouz because they had two strong years in F2 and they have a fast car. One of the other reasons I decided to go there is because I know the engineering part of the team very well and I knew I would work with good people.”

The 2020 F2 season will consist of 12 rounds and 24 races, starting in Bahrain and ending in Abu Dhabi at the end of November.