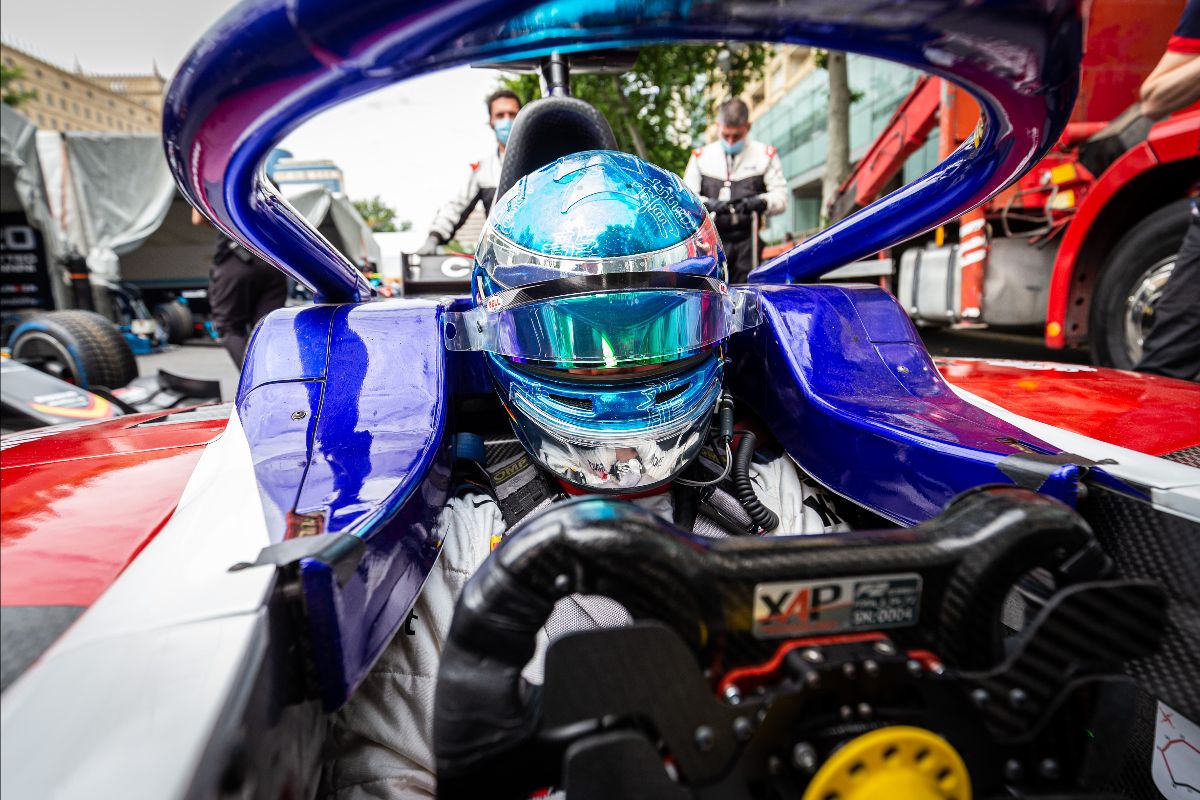 “Clearly, this weekend makes me very confident ahead to Silverstone".”

Charouz Racing System celebrated at Baku its second podium finish of the year in the FIA Formula 2 Championship. The Czech team conquered the runner-up spot in Sprint Race 2 with David Beckmann, who already stepped on the podium in the very first race of the season at Sakhir. The German driver and Charouz Racing System have been able again to maximise the opportunities offered by the new series’ weekend format.

Finishing 13th in Friday’s qualifying session, David came very close to a points finish in Sprint Race 1, as he finished in the 9th place. This result gave him the opportunity to start from the first row in Sprint Race 2, thanks to the grid reversing format. Beckmann and Charouz Racing System didn’t waste the chance, conducting a solid run until the chequered flag, avoiding all the initial drama and keeping some fast opponents behind. On Sunday’s Feature Race, Beckmann was on course to end in the top 10, after two overtakes, but a 5-second penalty for a pit-lane infringement put him in the final 12th position with no points.

Teammate Guilherme Samaia continued learning and adapting to street circuits after the previous round in Montecarlo, ending 17th, 14th and 18th in the three races. His effort in the Feature Race was compromised by a contact received from another car in the early stages. The Brazilian was forced to make an unexpected extra pit-stop due to a tyre puncture, and he had to resist until the end with a damaged car.

The next round of the FIA Formula 2 Championship is scheduled at Silverstone 16-18 July. The historic British track will host Round 4 of the 2021 calendar.

Antonin Charouz, Team Owner
“On the eve of this weekend we set a comeback into the points as a goal, so the Sprint Race 2 podium we took with David went even further than our expectations. We took advantage of the reverse grid, but it’s part of the game in this new format adopted by the FIA Formula 2 Championship, and we put in a very good performance to get the result. We were also close to adding more points to our score in Sprint Race 1 and especially in the Feature Race. Guilherme did his best as well, but luck wasn’t always on his side. Anyway, he learned more about street track driving secrets, which will be useful when we’ll compete at Jeddah in December.”

David Beckmann
“The Sprint Race 2 podium gave a nice touch to the weekend, and overall, we made improvements after Monaco with the car set-up and with my driving, and I felt very confident at the wheel. Only qualifying wasn’t ideal, because I’ve been blocked by a rival on my first push lap with the second set of tyres, otherwise I think I could have ended ninth or tenth. After that, we progressed with a top 10 in the first race and maintaining second place in race 2. In the Feature Race I did a good job, overtaking two cars and keeping a competitive pace on supersoft compound, but I got a 5-second penalty which I think was unnecessary. We’ll check what exactly happened. Clearly, this weekend makes me very confident ahead to Silverstone.”

Guilherme Samaia
“This weekend hasn’t been easy for me, racing for the first time here in Baku. With these long straights, it’s hard to maintain tyres at temperature, especially for the safety-car restarts. I had good race starts, but I had some trouble with managing the tyres. Moreover, during the Feature Race someone crashed into me and I got damage to the floor, which compromised the aero and the rear left brake duct. Having also a puncture, I had to switch immediately to medium tyres hoping for a safety-car call to adjust our strategy, but it didn’t happen. It’s been just a tough weekend, but we’re ready to work to be in better shape for Silverstone.”

“Clearly, this weekend makes me very confident ahead to Silverstone".”