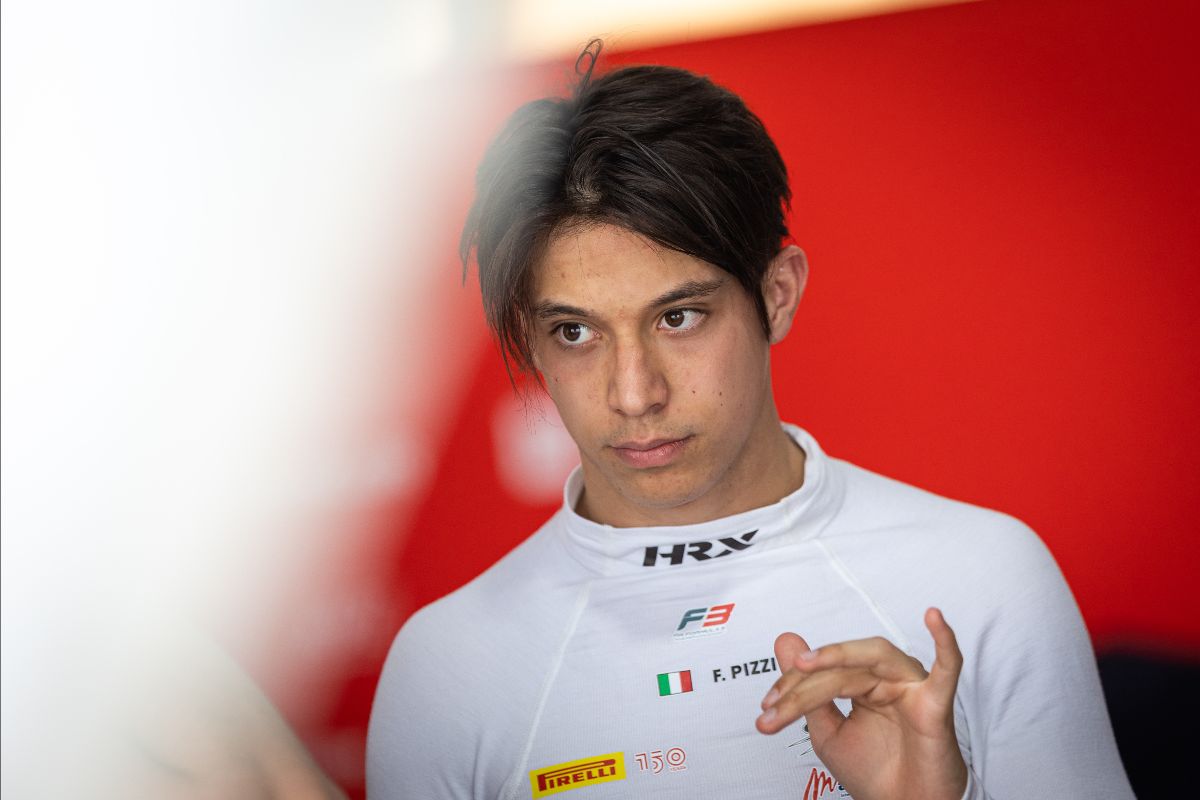 “We had a good first day of testing here in Bahrain, we started in the morning focusing on adapting to the new car and then we made some good improvements in the afternoon together with the team”

Charouz Racing System had a positive start to the three days of FIA Formula 3 collective testing sessions at the Bahrain International Circuit, where this year’s season will officially begin on March 18-20. The Czech team was able to cover the first kilometers with all three drivers of its 2022 lineup, totaling almost a hundred laps at the end of today’s two sessions.

Francesco Pizzi, 17 yo from Italy, has been the fastest for the Žebrák-based squad with his 1:48.158 lap time posted in the last minutes of the afternoon session (ended in P10), lowering by 7 tenths the 1:48.843 set in the morning session. An undoubtedly promising start for the young Italian, in what has been his first official appearance in the championship.

British Ayrton Simmons and Hungarian László Tóth were not far away, the former with a 1:48.919 and the latter with his 1:49.129, also posted in the afternoon. Both of them already have some experience behind the wheel of the Dallara, having raced in Formula 3 already in 2021, and will use these three days to start the preparation work for the first round of the season.

Antonín Charouz, team owner
“It’s good to finally turn the engines on and see the cars back on track. Like always, we start our Formula 3 campaign with three very young and promising drivers at the wheel, I’m sure that we’re gonna find the right feeling with them very quickly and that we’ll be able to fully support them in finding the best performance and making the right steps ahead in their learning curve. This first day was ok, everything went according to plan and I’m satisfied with the work done by the drivers and the team, we have collected a good amount of data that will be very useful to face the next two days and get ready for the first round”.

László Tóth
“For me it was a bit of a difficult day here at the track, I had some technical difficulties during the day but fortunately we were able to fix them and improve lap after lap. The team has been working hard on the technical side so we’ll keep pushing and I’m sure tomorrow will be better”.

Ayrton Simmons
“I’m very pleased about today and very happy to get my the first full day under my belt. I’ve learned a lot and I was progressively going quicker and quicker, adapting to the car and the tyres. I’m really satisfied about the progress we made today and the results, so hopefully we can keep moving forward tomorrow and the day after, that would be awesome. So on my side so far so good, let’s see where we can get in the next two days”.

Francesco Pizzi
“We had a good first day of testing here in Bahrain, we started in the morning focusing on adapting to the new car and then we made some good improvements in the afternoon together with the team. I think in the end it was a positive day and we’ll just gonna keep working on the base we put down today”.

“We had a good first day of testing here in Bahrain, we started in the morning focusing on adapting to the new car and then we made some good improvements in the afternoon together with the team”