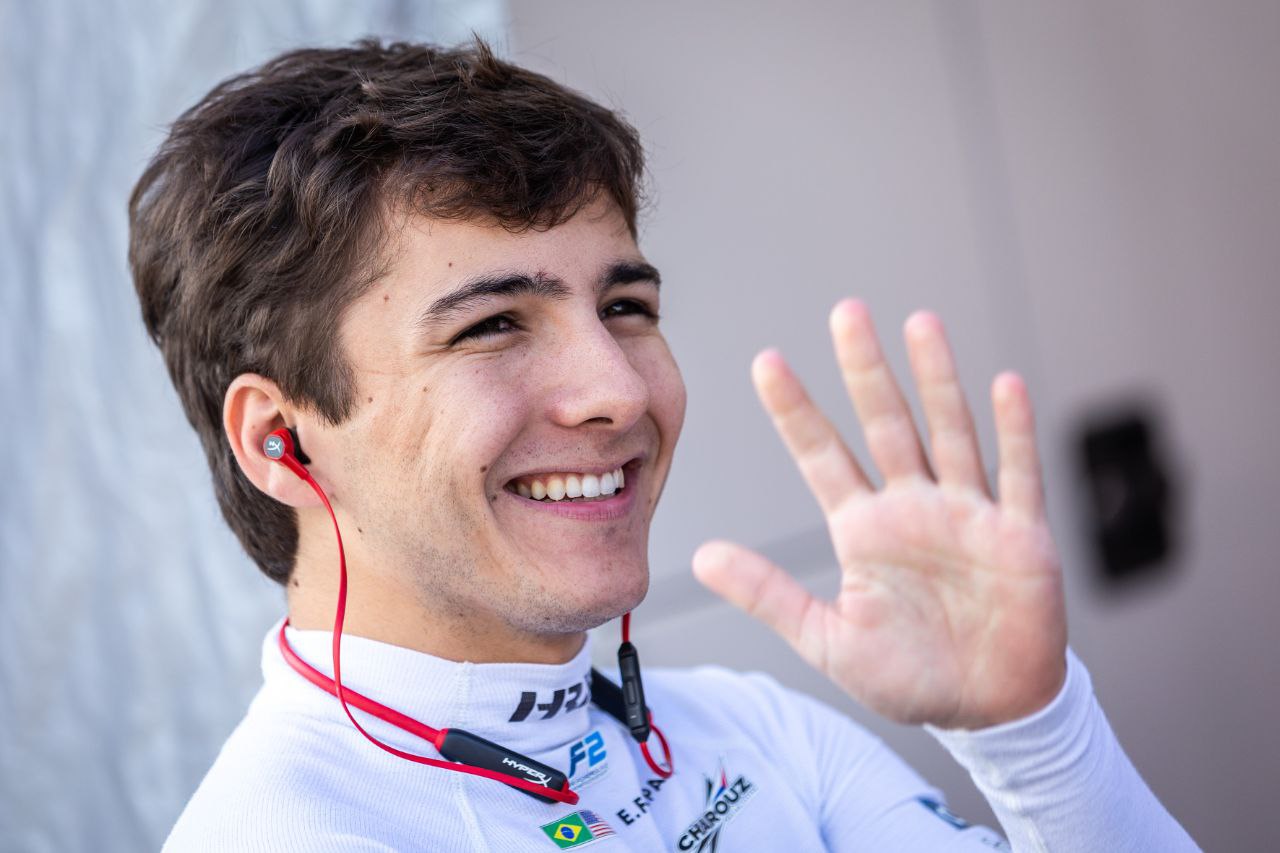 “We started P15 and finished P3, scoring important points for the championship and getting in the fight for the top 3. Now I really can’t wait for the season finale in Abu Dhabi.”

Charouz Racing System gets once again on the podium in FIA Formula 2 Round 13 at Monza. The weekend was far from easy for the Czech team, but Enzo Fittipaldi managed to finish again on the podium in the Feature Race with an amazing performance that, together with a great job from the team, allowed him to still be in contention for the top 3 in the championship.

The weekend hasn’t started on the right foot for both cars, with a tricky Qualifying session that saw Enzo and teammate Tatiana Calderón getting respectively P16 and P22 on the grid. The Sprint Race didn’t go particularly better, with the Brazilian stuck in the DRS train and only P12 at the end and the Colombian involved in a contact at the first chicane that took her out of the race just a few meters after the start.

While Tatiana did not take part in the Sunday race because of a thumb injury, Fittipaldi had a very positive Feature Race. He had a very good pace since the first laps and started to climb up positions. His speed, together with the good strategy calls made from the team, did put him in a very good P4, that became a P3 after an opponent has been disqualified for a tech infringement.

With this podium, Fittipaldi is now P4 in the Driver Standings, with a really good shot at the top 3 with just one round to go. Up next is the grand finale of the 2022 season, which will take place at Abu Dhabi on 18-20 November.

Antonín Charouz, team owner
“We always have to fight our way to the top, but once again we end the weekend with a lot of reasons to smile. I’m sorry for Tatiana, her weekend didn’t go the way we hoped for and the whole team wishes her a speedy recovery. On the other hand, Enzo showed one more time what he’s capable of and the standings doesn’t lie: he’s P4 in the championship with just one round to the end of the season and he deserves to be amongst the best young drivers in the world. I’m also proud, as always, of the job my team did during the whole weekend. Now we have one last challenge ahead of us and we’ll do everything to make it count”.

Enzo Fittipaldi
“Qualifying didn’t go our way, with the red flag and all, so we knew we needed two clean races and to make a lot of overtakes to get in the points. And that’s what we did in the Sprint Race, although we finished out of the points in P12. After that, I spoke with my engineer and then we knew exactly what we needed to do for the Feature Race. We had a really good pace right from the start and it’s been an amazing race for me, I did some great overtakes and the team took the right decisions in the critical moments. In the end, we started P15 and finished P3, scoring important points for the championship and getting in the fight for the top 3. Now I really can’t wait for the season finale in Abu Dhabi”.

Tatiana Calderón
“Not the best weekend on my side obviously ,given that I haven’t been able to complete a single lap in both races. I think we definitely improved in Qualifying but the red flag compromised the whole session for us. Still I was happy with the progress and positive for the rest of the weekend. Then in the Sprint Race I had the incident at turn 1 and it was quite frustrating, especially after finding out on Sunday morning that I had a broken bone. Anyway, I wanna thank the team for fixing the car and being there for me, now we have some time to heal and I can’t wait to fully recover and be back at Abu Dhabi”.

“We started P15 and finished P3, scoring important points for the championship and getting in the fight for the top 3. Now I really can’t wait for the season finale in Abu Dhabi.”