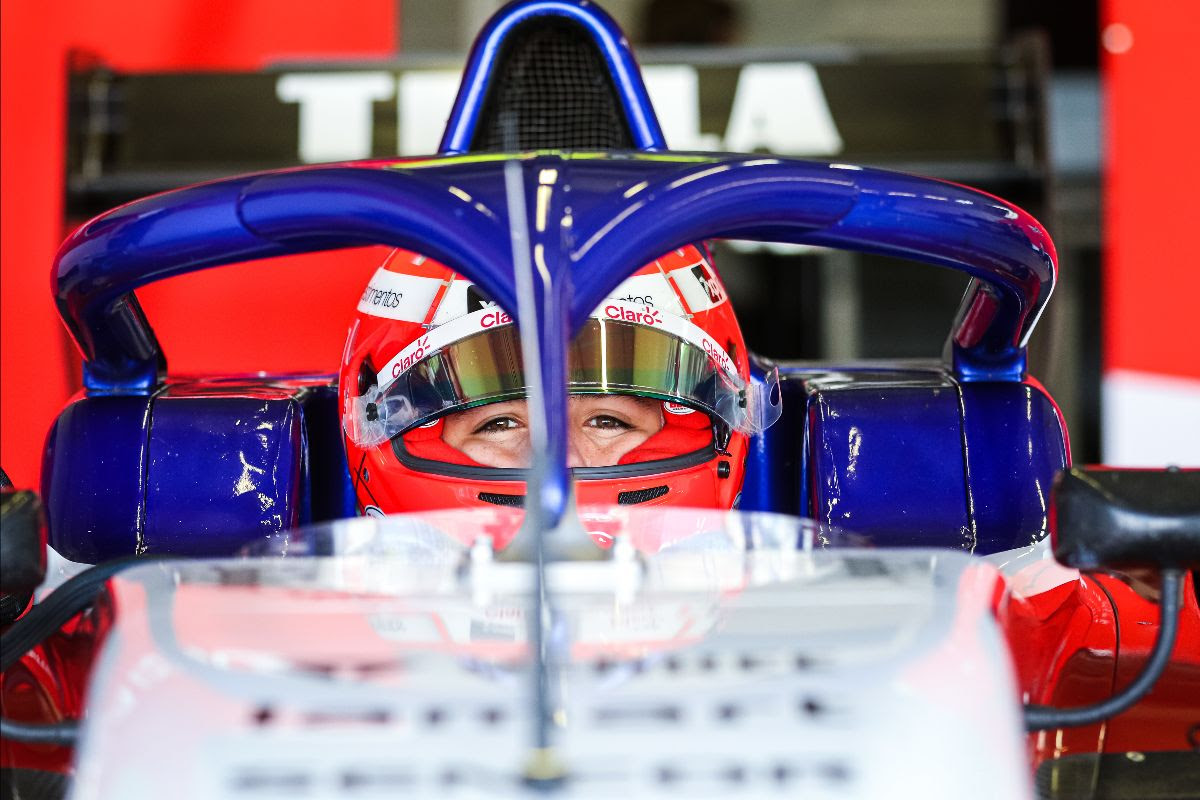 “The morning of the second day was like a qualifying for all with new sets, we ended in third and it's very positive.”

After the opening FIA Formula 3 Championship round at Barcelona, Charouz Racing System stayed in Spain for a two-day collective test in Jerez de la Frontera on 12-13 May. Coming from a promising first race weekend, with a good score of points, the Czech team had the opportunity to further optimize its technical package for the season remainder.

In these tests, the Žebrák-based squad fielded two cars, as Logan Sargeant was unable to attend due to a previous commitment set before the deal with the team. Relying on Enzo Fittipaldi and Reshad De Gerus, Charouz Racing System covered a valuable mileage, as the Brazilian showed great potential setting the third-fastest lap of the whole test, and his French colleague continued on his learning curve.

Enzo reached his 1:29.060 lap time on the Thursday’s morning session, lowering the 1:30.324 posted the day before. Reshad stopped the clock at 1:31.704 on Wednesday, while he raised the bar on the second day’s morning with his definitive best lap of 1:29.959. In the evening sessions, both drivers and the team switched their attention to long runs on the medium compound of Pirelli’s P Zero tyres. The total laps counter between the two days reached 251, more than 1100 kilometres.

The FIA Formula 3 Championship will turn up the engines again on 25-27 June weekend at Le Castellet, which will host Round 2 in the 2021 calendar.

Antonín Charouz, the owner of the team, commented: “These tests in Jerez have been a good chance to be back on track immediately, building on what we learned in Barcelona during the season’s kick-off. We had a two-car line-up, as Logan couldn’t run with us for previous commitments, but we still had a productive outcome thanks to Enzo and Reshad. Both took advantage of this extra mileage, considering that Enzo skipped all the pre-season testing and Reshad is a rookie in the FIA Formula 3 Championship. We’ve been impressed by Enzo’s lap time, and by Reshad’s progress as well. Now we have some weeks ahead to be ready for the next round at Le Castellet, analysing all the feedback we got from these intense days in Spain”.

Reshad De Gerus
“They were two positive days of testing, we learnt a lot of things and we did a good step forward. We are on a good dynamique and we need to continue in this way. I thank all the Team for the good work done together and for the support given to me to improve myself. We are looking forward to the second round of the season”.

Enzo Fittipaldi
“We had two productive testing days here in Jerez. The car was not in the window in the first day, as we struggled a bit with the balance, but me and my engineer worked together in order to improve and finally the car was in the window during the evening. Unfortunately I had some traffic during my laps with new tyres, so the times weren’t representative, but we knew we had the potential to be competitive. The morning of the second day was like a qualifying for all with new sets, we ended in third and it’s very positive. We’re fast, we’re making a big step forward and I’m really happy about that. I’m looking forward to Paul Ricard, I’m sure we can do a really good job”.

“The morning of the second day was like a qualifying for all with new sets, we ended in third and it's very positive.”