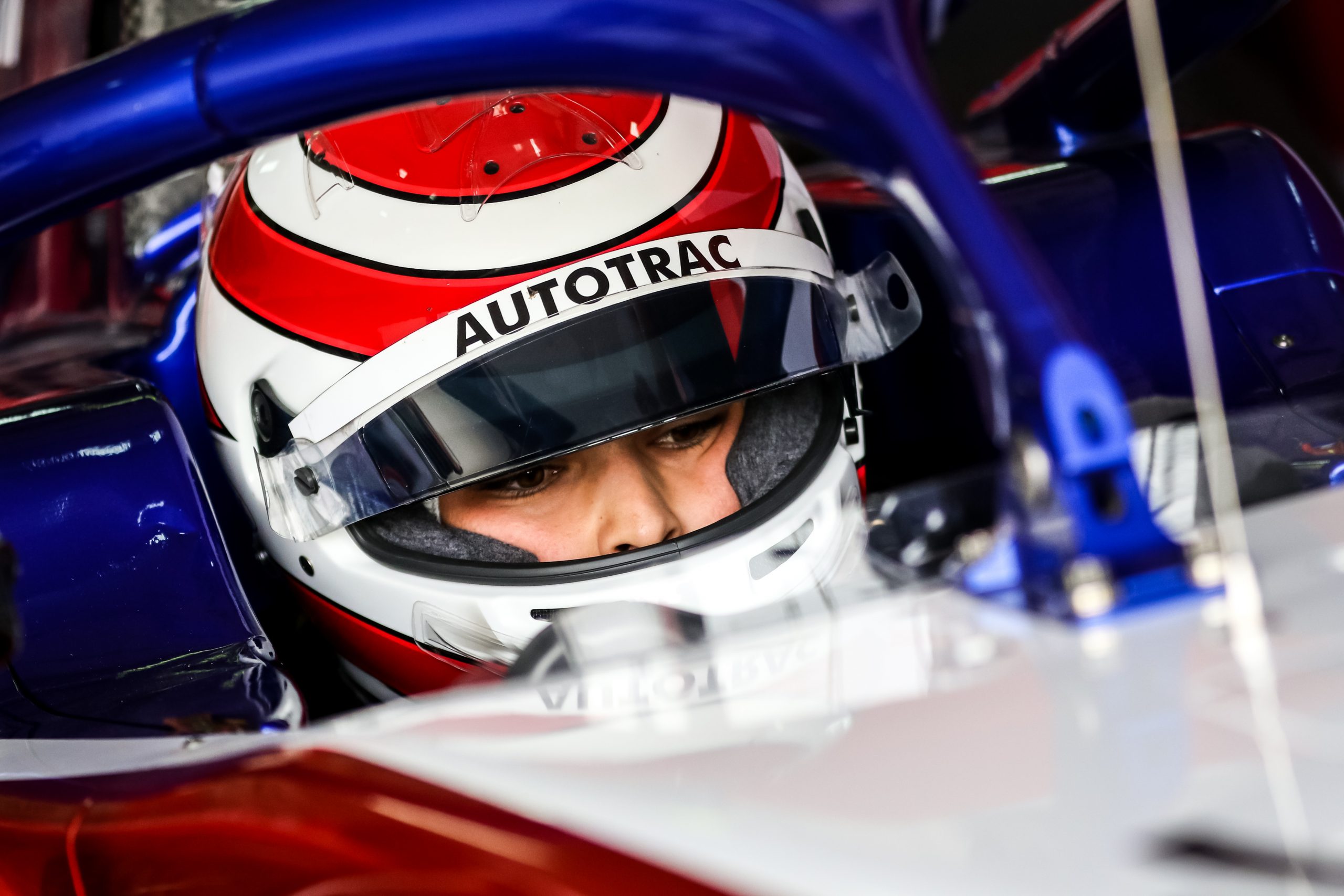 “The test went really well. We could follow the programme and we were able to compare the two cars a lot.”

The Sakhir International Circuit hosted the F2 grid, allowing teams to hone set-ups, gather data and forge relationships that will be vital heading into the new, 12-round season.

The test allowed Louis, Pedro and the Charouz Racing System team to get into a competitive rhythm with the F2/20 car and to sample the championship’s brand-new 18-inch Pirelli tyres for the very first time.

It was an important test for the team as it marked the sole pre-season running prior to the first event of the campaign, meaning set-up work, qualifying runs and race simulations were high on the agenda.

Louis and Pedro combined to complete 344 laps – driving a distance of 1861km – of the Middle Eastern venue, with one session each day taking place in daylight, and the other beneath the floodlights.

Pedro led the way on the opening day and classified P5 overall in the combined timesheets, setting a 1:41.491s lap, while Louis – who set the benchmark pace on Sunday morning – wound up on a 1:41.864s, leaving both drivers firmly among the front-runners.

Antonin Charouz, team owner, said: “It was great to finally get our 2020 campaign underway and we’re pretty pleased with the results of the test. We managed to get through a lot of work in preparation for the first races and we kicked off our new relationship with Louis and Pedro positively. We have more work to do before we arrive back in Bahrain but we’re excited about what the season could hold for us.”

Louis Delétraz said: “It was great to be back on track, I seriously missed it. We found out quite a few things and we think we’re ready for the first race. We did pretty much everything you can do at a test and I think in the end we can be happy. The 18-inch tyres bring a whole new behaviour to the car so it’s been an interesting learning process. The team has done a great job and we’ve done very high mileage on both cars. I’m happy and confident that we can do something good in Bahrain.”

Pedro Piquet said: “The test went really well. We could follow the programme and we were able to compare the two cars a lot. I had one small gearbox issue but apart from that everything went very smoothly. It’s always complicated because of the high degradation in Bahrain but we maximised it, trying the different compounds, and running race simulations. And with the qualifying tyres we did some good laps, so I’m pretty pleased.”

Louis and Pedro will return to Bahrain on 20-22 March when Formula 2’s opening round supports Formula One’s Bahrain Grand Prix.

“The test went really well. We could follow the programme and we were able to compare the two cars a lot.”