F2 reached the end of the season in Barhain: Piquet was the only one to return with points 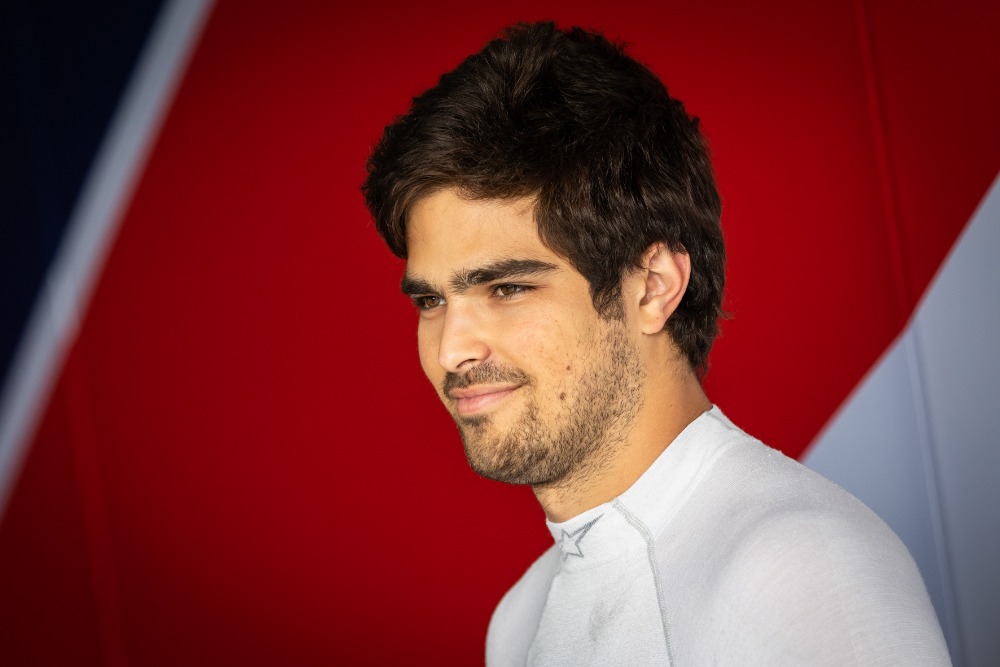 “We moved in the race, but it was not enough. As for the whole season, we were constantly improving.”

This year’s FIA F2 Championship season has reached the end and it was dramatic until the very last race. Mick Schumacher won the title even though he finished far in the rankings of the last race. Callum Ilott, had the same strategy as the German and did not manage to save his tyres and fell behind the scored positions. In the Charouz Racing System team, Pedro Piquet won a single point on Saturday.

“I’m just in a good position,” said Mick Schumacher before the last race of the season, adding more clichés. Two things are certain – he inherited a great talent from his father Michael, but also no sense of humor. The German’s starting position (from the second starting place) before Sunday’s sprint was fantastic. To win the title, it was enough for him to just finish in the sixth position even if his only opponent Callum Ilott would finish first. Saturday’s additional penalty for the wild Mazepin (the Russian “fell” from third to ninth place in the results list) did not change anything on Schumacher’s fourteen-point lead. Additionally, he has had similar support as Hamilton in Formula 1, the laps 34 of the last race of the season were no more than a mere formality. Or was it different…?

The single-seaters lined up behind the poleman Dan Ticktum (DAMS) on the starting line in a strong wind, which brought to the landscape a kind of fog formed by fine sand. Right behind Schumacher, Ilott was waiting for the red lights to turn off, to try and grab even the slightest chance. The drivers of Charouz Racing System started in position 10 and 12 in Bahrain with the intention of capturing as many points as possible.

Schumacher set off sensationally, but wisely let Ticktum into the first turn. In a moment, however, a Prema driver used his brakes badly and had to leave the second place to Daruval. He could afford being generous as Ilott was quickly far behind him and busy defending against Shwartzman. A more crucial mistake was done by Schumacher when he damaged his tyres with his braking action. The Charouz Racing System pair had a bad start to the race and Piquet and Delétraz stayed only in the 15th and 16th position.

In the middle of the race, Mick was able to defend his regained second position only by abusing his brakes and tyres. It couldn’t go well. In the 19th round, Ilott defeated him after a sensational duel, and his example was followed by Shwartzman and Zhou. Schumi’s tyres were gone so he had to visit the boxes immediately.

The German fell far behind in race, but Ilott needed the points for the victory – but they rode in the embodiment of Daruvaly and Ticktum 4.5 seconds ahead of him. From the 26th lap, the race had a new leader. Indian Red Bull junior Jehan Daruvala overtook Ticktum and in the same round the decision about the champion was made. Ilott no longer kept yesterday’s winner Tsunodu behind, and Zhou and Shwartzman overtook  Brita after beautiful duels. Racing was once again so beautiful!

In this phase of the race, Pedro Piquet also drove promisingly towards the points and was 11th but after a small mistake on the brake, he fell back to the 13th position behind his teammate Delétraz. The single seaters of the Czech stable definitely should have done better than the final eleventh place for Piquet and the thirteenth for Delétraz. The Swiss in particular must have imagined a much greater success since this season was quite possibly the last race of his career in the F2 series.

At the top, Daruvala celebrated his first triumph in Formula 2 and Trevor Carlin rejoiced in a double victory thanks to a strong finish by Yuki Tsunoda. Although Mick Schumacher finished only 19th, he still became the champion. In Bahrain, Ilott simply did not have a car which could face him effectively. The new champion completed the last round with tears in his eyes and summed up his big year as follows: “It was a terrible race, wasn’t it? I knew it would be hard and I had to thank all the boys on the team. There was a really big competition in Formula 2 this year, the more I appreciate the title!”

His words about the quality of the first drivers are also evidenced by the fact that it is most likely that three young men will soon advance into Formula 1. Mick Schumacher or Nikita Mazepin will probably make their Haas debut next weekend in Abu Dhabi before forming a 2021 team together. Yuki Tsunoda revealed that Honda and Red Bull will announce the details of his future tomorrow. There is also Jack Aitken debuting in the cockpit of Williams in the Grand Prix of Bahrain.

Antonín Charouz, the owner of the team, said: “Congratulations to Mick for winning the title. He showed that he inherited a lot of talent. As for our boys, Pedro started the season as a newcomer, he grew with each race and with a little more experience he could regularly drive among the best. Thanks to him and, of course, to Louis, I believe that they did their best for success, even though we sometimes thought of better results.”

Bob Vavřík, the team manager, stated: “It was the shortest and at the same time the longest season. The final event in Bahrain showed that Pedro is starting to have confidence and manages to qualify in the top ten. As a novice, he moved in the right direction. Now we plan to test the drivers for next season and end our three-week visit in Bahrain.”

Louis Delétraz explained: “Last weekend was much better, the changed circuit did not suit us as much. There was also a lack of luck, especially in qualifications. I think the race in Bahrain was my last in the cockpit of Formula 2. It is said that nothing is ever definitive, but if nothing fundamentally changes, it will be so.”

Pedro Piquet said: “We were not as strong as during the previous weekend. We did not get a good result in the qualification, and as always, it reflects on the whole weekend. We moved in the race, but it was not enough. As for the whole season, we were constantly improving. After replacing the engine, I think we had a good pace. Now I am returning to Brazil, where I will have a local go-kart championship in two weeks. I am looking forward to it so much.”

“We moved in the race, but it was not enough. As for the whole season, we were constantly improving.”