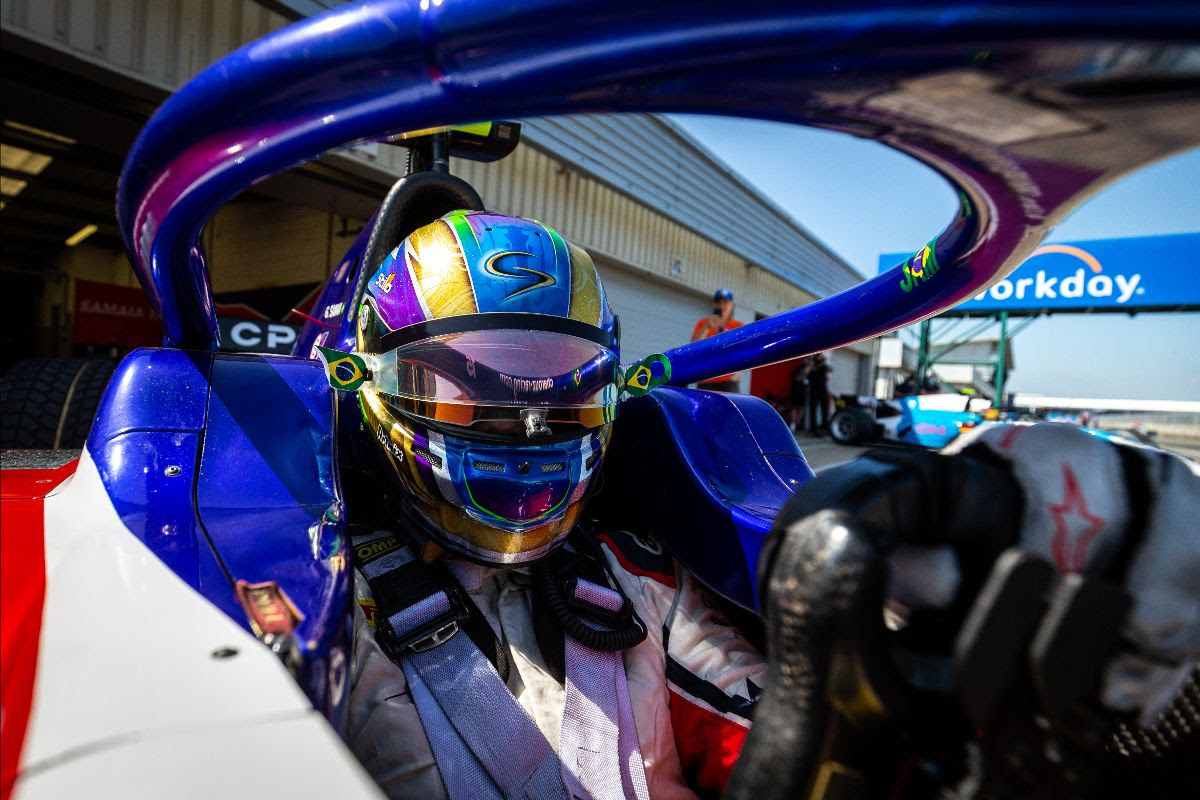 “We struggled a bit in qualifying, but during the races I think we did a good step forward.”

Charouz Racing System leaves the Silverstone Circuit with only one point at the end of a tough and disappointing fourth round of the FIA Formula 2 Championship. Despite the effort that the team and the drivers put in, as usual, the lack of pace prevented David Beckmann and Guillerme Samaia from fighting for the top positions since qualifying. The high temperatures made tire management difficult, compromising performance on this high-speed track.

The difficulties started as early as Friday when the qualifying session ended with Beckmann in P18 and Samaia in P20. In Race 1, the German driver managed to make his way through the field by recovering up to P13, while his teammate was forced to retire due to an engine issue that led him to a spin ended with his car stuck in the gravel.

Both drivers then managed to recover some positions in Race 2, where Samaia finished in P17 and Beckmann managed to grab the only point of the weekend by clinching P8, putting him 13th  in the driver standings. Sunday’s Feature Race was just as difficult as the two sprint races, with temperatures even higher than on Saturday and a pace that didn’t allow the two to go further than P20 and P15 respectively. Beckmann also got a 5 seconds penalty, but the Top 10 would have been out of his reach anyway.

Charouz Racing System remains 9th in the Teams’ Standings. With half of the 2021 season now completed, the focus is all on recovering from this tough round and working hard during the summer break to be ready for the next challenge, which is due to happen on September 10-12 in Monza, Italy.

Antonín Charouz, team owner: “I can’t say I’m happy, even if the team and the drivers gave their 110% and I’m very proud of the hard work they always put in. It was a difficult weekend but this is the way things go sometimes in racing. The most important thing is to learn as much as possible from these experiences in order to come back stronger. I am sure that during the month and a half-long break in front of us before the next race in Monza we will be able to recharge our batteries and be back at work to approach the second half of the Championship at the best of our possibilities”.
Guilherme Samaia
“A tough weekend for the team in general. We struggled a bit in qualifying but during the races, I think we did a good step forward. On my side, during all three days, I had an engine issue that was not under the control of the team. That didn’t help me and took me out of Race 1. I hope to get this issue fixed for the rounds and for sure I will keep pushing”.
David Beckmann
“The weekend didn’t go as planned after the qualifying, but we have some positives things to bring on, such as the improvements at the start, like in the second race, coming from 14th to 8th. Silverstone wasn’t an easy track for the overtaking due to the massive dirty air you have following the other cars. Now we need to check what didn’t work on qualy, but the car balance in the race was very good, so I’ll look forward to bring back some points from the next round in Monza”.

“We struggled a bit in qualifying, but during the races I think we did a good step forward.”