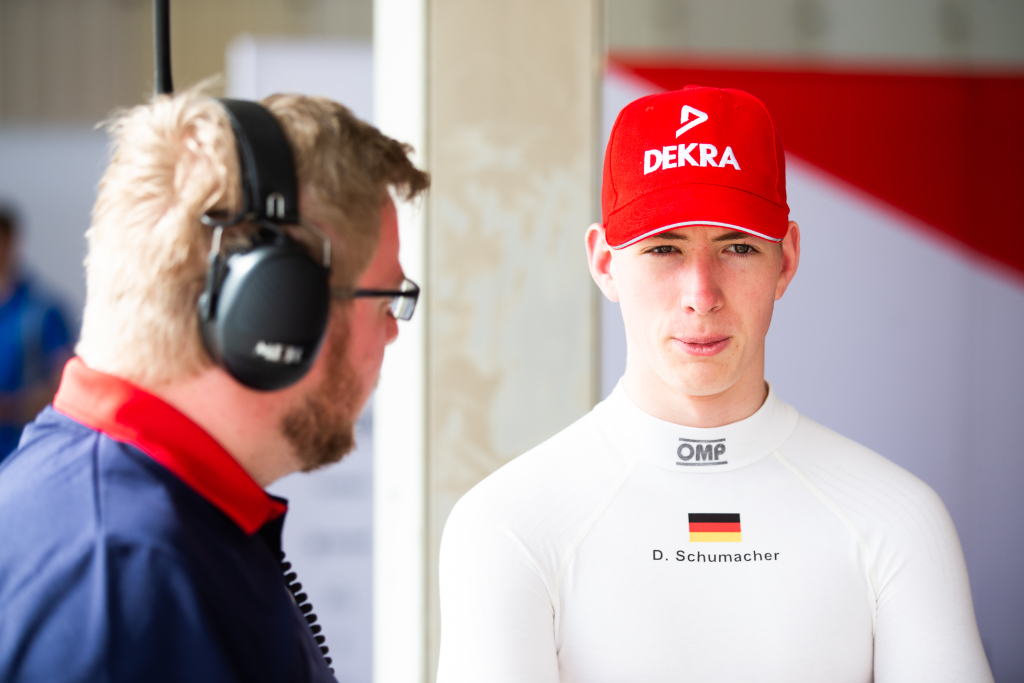 “We are getting there and it's promising. We have to keep it up for the remainder of the test.”

The morning session consisted of performance runs and it was 18-year-old David Schumacher who emerged the fastest in the 29-car field. The German’s time of 1:47.461 was 0.2021s faster than his nearest challenger.

Team-mate Niko Kari also had a strong session. The Finn was third quickest as he completed 40 laps of the desert-based circuit. Gran Turismo-backed Igor Fraga was 15th fastest, only 0.790s off the ultimate pace.

The afternoon’s work focused on race runs and all three drivers added to their impressive lap count to take the team’s tally of on-track kilometres to a total of 1184 for the day.

Niko, Igor and David will return to the track for the final day of testing tomorrow.

“We are getting there and it's promising. We have to keep it up for the remainder of the test.”