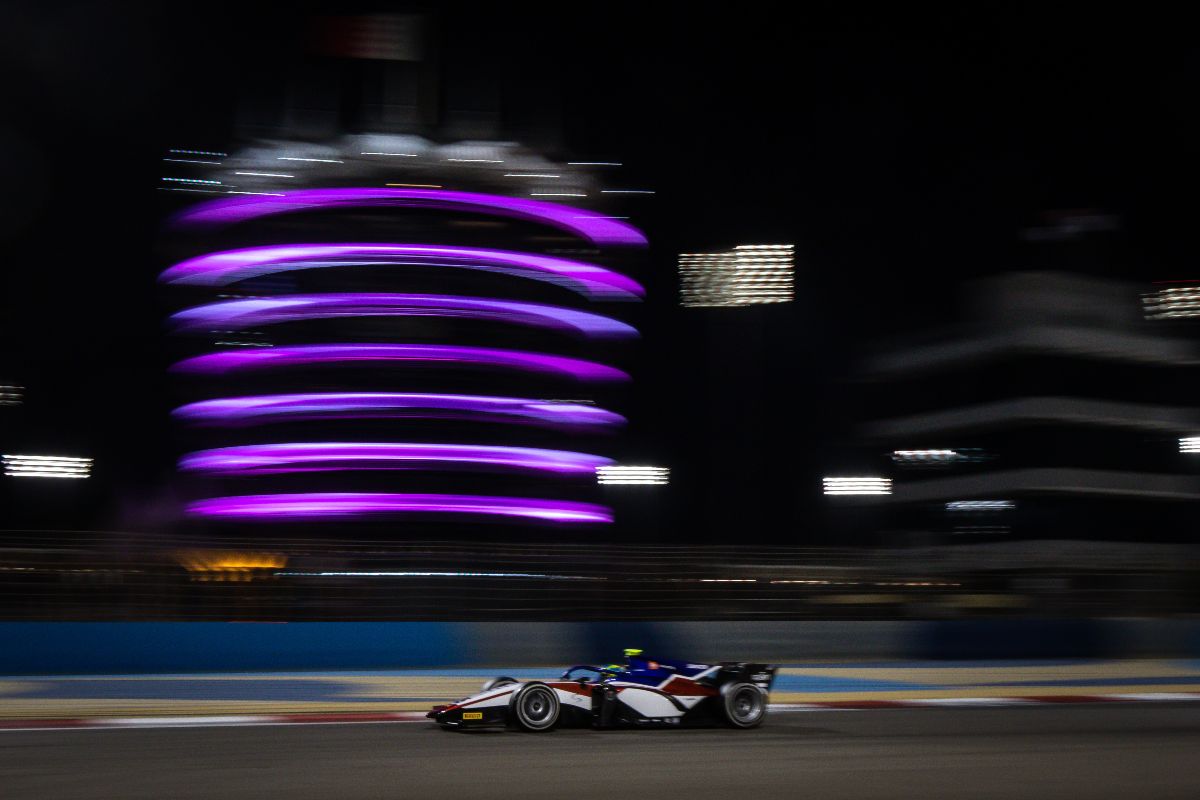 “But at the end of this round in Bahrain, I'm even more confident about our potential for the season”

Charouz Racing System enjoyed a brilliant start of its FIA Formula 2 Championship campaign. The opening round at Bahrain International Circuit saw David Beckmann claiming a podium in the first race and more points in the second one, while the Czech squad got promising indications for the remainder of the 2021 season.

After a positive 9th position in the qualifying session, rookie Beckmann had the chance to start from the first row in Sprint Race 1, thanks to the reversed grid introduced with the new weekend format this year. The German displayed a solid drive, running in third almost for the whole distance, and then celebrated a podium at his debut in the series.

Team-mate Samaia showed his skills as well: the Brazilian started 17th and made his way through the field crossing the line in 9th place. However, he was classified 12th due a five-second penalty which impeded him to take advantage of the reversed grid for the Sprint Race 2.

The second heat took place on Saturday evening in floodlight, providing extra excitement to viewers and drivers. Charouz Racing System crews were rewarded by the choice of a double pit-stop during the second safety-car intervention. Helped by fresh soft tyres in the final stages, Beckmann charged from 12th to the final 7th place, collecting more valuable points, while Samaia recovered from provisional 16th to 11th, very close to the top 10.

The Feature Race, now moved on Sunday before the Formula 1 Grand Prix, was challenging for the high temperatures and the need for tyre management. Beckmann battled for another points-finish, ending 11th, while Samaia ended 16th. Both drivers gained precious experience for the rest of the season about the technical package and the F2’s new weekend format.

The next stop in the FIA Formula 2 Championship 2021 journey will be on the streets of Monaco, on 20-22 May.

David Beckmann
“I’m really happy for this debut weekend, Charouz did a great job and we started the season with a podium in Race 1. We reached another points-scoring position in Race 2 and I tried to do the same in the Feature Race, but I’ve been the first driver to do the mandatory pit-stop and my tyres were suffering a bit in the last laps, while some rivals benefitted from the safety-car phase. But at the end of this round in Bahrain, I’m even more confident about our potential for the season”.

Guilherme Samaia
“On Saturday we had some ups and downs. In the first race we made a good recovery to 9th position, but with the time penalty I couldn’t get the front row start for Sprint Race 2. This cost us a lot. In the second race I made a great start, I think I was eighth out of the first corner, but I’ve been pushed out of the track and I lost a lot of ground. Then I recovered to 11th position from P17. Feature Race was tricky for the heat and the safety-car at mid-distance ruined a bit our strategy. We missed a bit of pace today, but we will work hard to understand and improve for the future rounds. I thank the team for the good work, and with a bit more luck, I’m sure I could score my first points”.

Antonín Charouz, Team Owner
“We are very pleased with the results of this opening round in Bahrain, which confirmed the good job we did with David and Guilherme during the winter break and in the collective tests. Starting the season with David’s podium has been a true joy as we scored a good number of points, but, above all, we are sure to have good potential. We have some weeks ahead of us to prepare the next round in Monaco, aiming to continue the positive momentum”.

“But at the end of this round in Bahrain, I'm even more confident about our potential for the season”