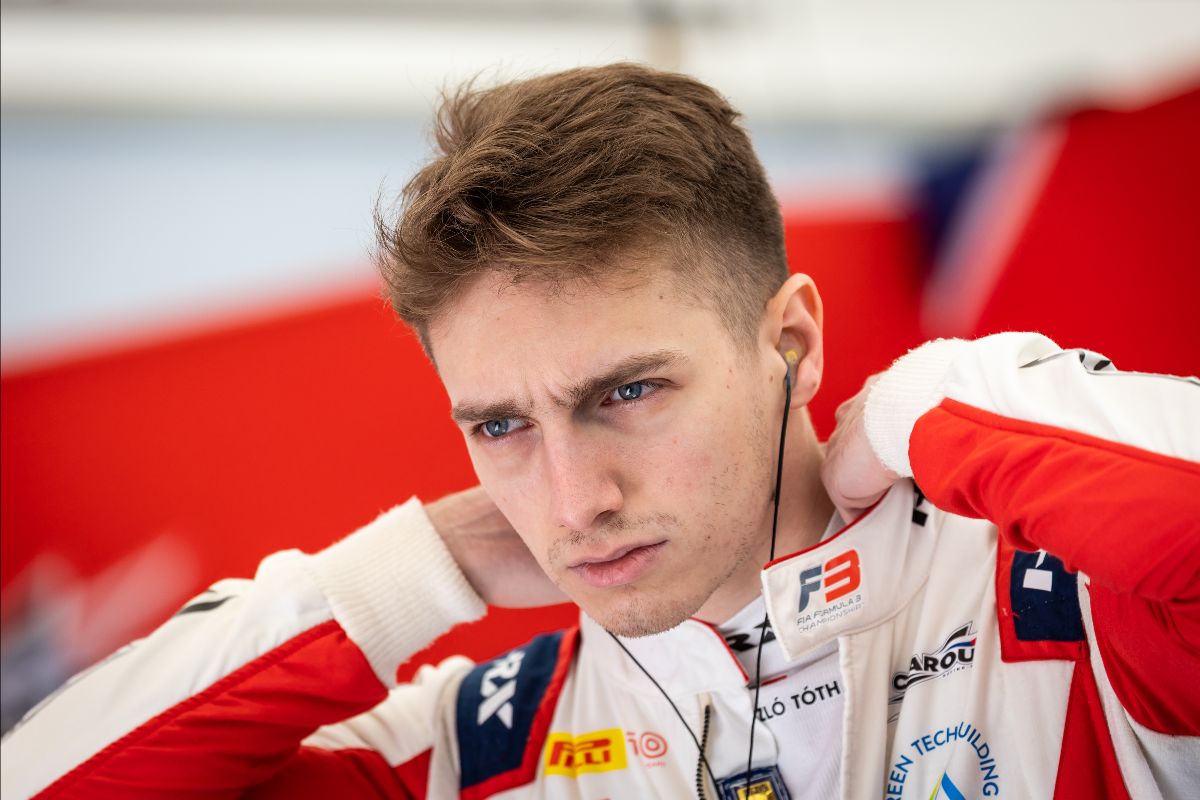 “The pace was good also in the second race, but then I had to stop twice to fix an issue and that had me slip in the back so there was nothing I could do about it. It was a quite unfortunate weekend, but we’re looking forward to Barcelona.”

The first point of the 2022 season for Charouz Racing System came from another tough weekend at Imola, where Round 2 of the FIA Formula 3 Championship took place. As predicted, the weather affected the three days at the Autodromo Enzo e Dino Ferrari, making things harder for the drivers and the team since the Free Practice and the Qualifying sessions on Friday.

Rookie Francesco Pizzi, who was the best qualifier in P19, climbed up some positions in the Sprint Race on Saturday, proving that the pace was there and the double test session at Jerez and Barcelona were very useful to improve the performance. The Italian driver was indeed able to conquer P10 and earn his first point in the Championship, but unfortunately spun in the first laps of the Feature Race because of the damp track and couldn’t try to do the same on Sunday.

Difficult round also for David Schumacher and László Tóth. The German couldn’t run in Free Practice and tried to gamble in Qualifying attempting a flying lap on slick tyres, but unfortunately it didn’t pay off. Starting from P29, he managed to put up two good recovery races, finishing P18 in the Sprint Race and P12 in the Feature Race. The Hungarian, qualified in P26, recovered some positions as well in the Sprint Race, finishing P19, but then a minor issue with the car out of the team’s control forced him to pit twice in the Feature Race and couldn’t do better than P25.

The third round of the 2022 FIA Formula 3 season is scheduled on May 20-22 in Spain, at the Circuit of Barcelona-Catalunya, where the team already had a very useful two-days testing session and the drivers will have the chance to find themselves comfortable with their car right from the beginning of the weekend.

Antonín Charouz, team owner
“I know it’s been a very tough and messy weekend but still I want to concentrate on the high notes. We scored the first point of the season with Francesco and we proved that we have a level of performance that is way above of what the results are saying so far. Now we have a month ahead of us to keep up with the hard work and get to Barcelona well prepared. The last testing session there was really positive and the drivers already did a lot of laps, that could be a very good starting point in order to find the right speed straight away on Friday. Surely we’ll give it all as usual”.

László Tóth
“In Qualifying the track was constantly improving but it didn’t go our way because of the red flag. I had a bad start in the first race but then we managed to improve during the run and gain some positions so not bad after all. The pace was good also in the second race, but then I had to stop twice to fix an issue and that had me slip in the back so there was nothing I could do about it. It was a quite unfortunate weekend, but we’re looking forward to Barcelona”.

Francesco Pizzi
“Friday was a tricky day, we had a good pace for Qualifying and everything felt good but we were unlucky with the last red flag. The Sprint Race wasn’t easy as well but I made the best out of the start and I climbed back up the field. The pace was again really good and I managed to held on to P11, then a penalty moved us up to P10 and we earned the first point of the season. Unfortunately on Sunday the start was a bit messy and I made a mistake on lap 2 that forced me to retire, I’m really sorry for the team because it could have been avoided. Still, we have to take the positives so let’s hope we can move on from that, the tests in Barcelona went really well so we’ll try to score more points there in Round 3”.

“The pace was good also in the second race, but then I had to stop twice to fix an issue and that had me slip in the back so there was nothing I could do about it. It was a quite unfortunate weekend, but we’re looking forward to Barcelona.”