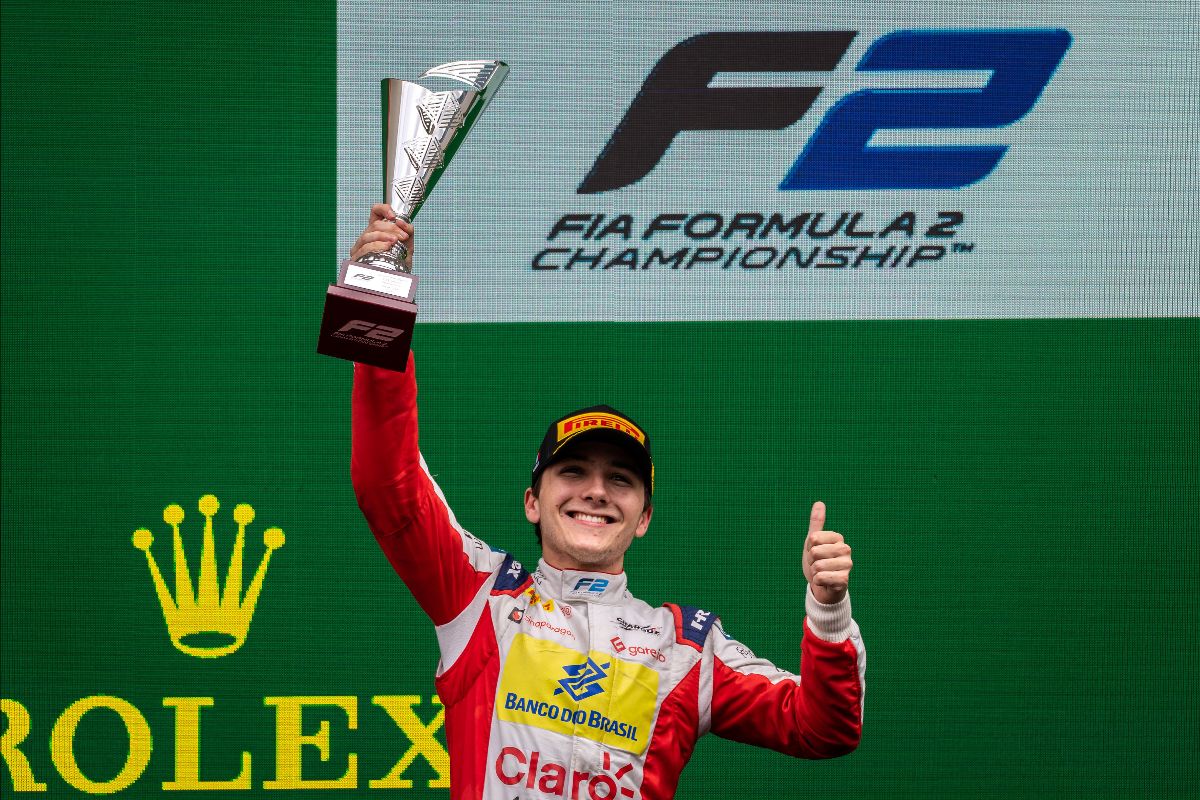 “I’m extremely happy about my first podium in Formula 2. It’s incredible, it was an amazing race and the pace was really strong.”

Charouz Racing System leaves Imola with its first points of the 2022 season after a very positive weekend at the famous Italian track. Both Enzo Fittipaldi and David Beckmann brought home a point finish in the Feature Race, with the former scoring his first ever Formula 2 podium thanks to a very impressive race on Sunday morning, finally concretizing the the good potential displayed in the tests and in first two rounds. An amazing result who celebrates also the new partership with Rockway.

The weekend didn’t start in the best possibile way for the Brazilian, that had the pace already in the very tight Qualifying session but was denied a better result because of a problem with the tyres during the session. Starting from P15, he recovered a few places in the Sprint Race and closed P12. In the Feature Race he then delivered a superb drive and conquered P2, making some notable overtake maneuvers and taking advantage of some neutralization moments thanks to some very good strategy calls by the team.

Positive round also for the returning Beckmann, able to get the ninth place in Qualifying but unlucky at the start of the Sprint Race, where a contact at the first chicane forced him to a DNF without blame for the German Driver. David was then afflicted by an engine problem out of the team’s control in the Feature Race, but he was able with the help of his engineers to manage a point finish ending his race in P8.

In the Driver Standings Fittipaldi is now P10 with the 18points earned thanks to his podium finish, while Beckmann is P19 with 4 points. Charouz Racing System earns a total amount of 22 points and is now P9 in the Team Standings. Next on the 2022 FIA Formula 2 calendar is Spain, with Round 4 taking place at the Circuit of Barcelona-Catalunya on May 20-22.

Antonín Charouz, team owner
“Finally we see our hard work paying off. I’m so happy for the team and for our two drivers, we knew from the beginning that we had the potential to be up there in the Top 10 and now the results are confirming that. We were still a bit unlucky in Qualifying and in the Sprint Race, but on Sunday Enzo did an amazing race and got his first and very much deserved podium. David did a great job as well, he had very little track time before the two races and he was able to score a very good P8, so in the end we’re leaving Imola with some very good reasons to smile. I also wanna thank Rockway for joining the team and be part of this successful weekend, let’s keep it up in Barcelona”.

Enzo Fittipaldi
“In Qualifying we had a really strong pace and we were among the first five positions, then we had an issue with the tyres and that affected our result. The Sprint Race didn’t quite go our way but in the Feature Race the car was unbelievably fast. I’m extremely happy about my first podium in Formula 2. It’s incredible, it was an amazing race and the pace was really strong. A great weekend overall, Let’s continue with this momentum in Barcelona”.

David Beckmann
“First of all I’m really happy and I wanna thanks the team for this opportunity. After Qualifying I was both happy and sad, because we got a good result but we knew we had more. In the Sprint Race unfortunately I was in the pack at the first chicane and I spun after a contact, it’s a shame because it could have been a very good result. In the Feature Race, despite having some engine problems since lap 1, we had some good strategy calls during some safety car moments and that was mega by our team. In the end it was a relief to score some points and I’m really happy for the team and Enzo”.

“I’m extremely happy about my first podium in Formula 2. It’s incredible, it was an amazing race and the pace was really strong.”