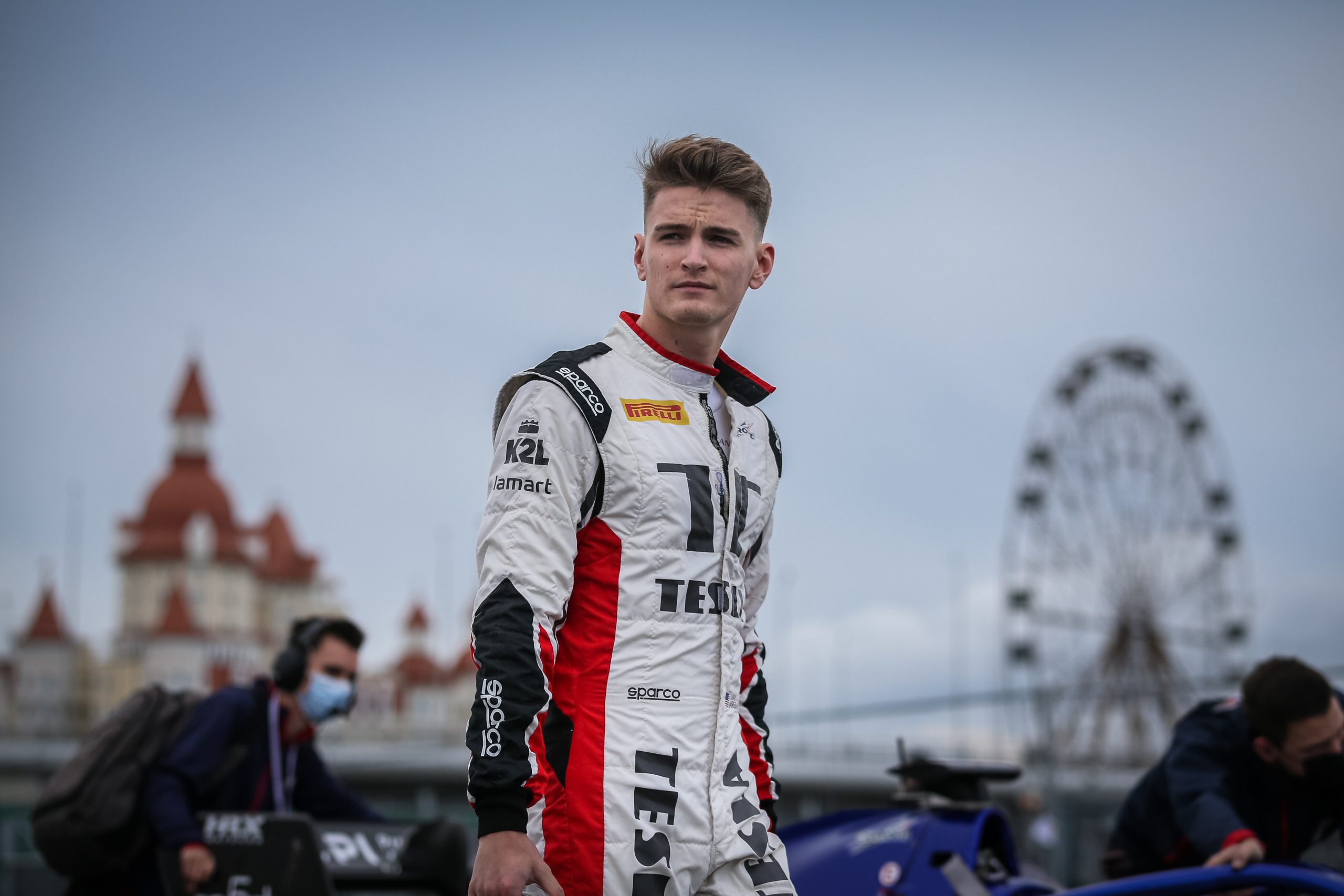 “5th place in the constructors championship and 7th in the drivers championship. So much progress has been made this year and we showed that this weekend”.”

Charouz Racing System returns on the top step of the podium at Sochi, in a weekend where a heavy rain forced the organizers to cancel one of the three races scheduled for the last round of the championship. An outstanding performance by Logan Sargeant in Race 1 allowed the Czech team to finally take a well-deserved victory to end a very positive season in an excellent way.

The American driver got off to a great start from the front row after setting the eleventh fastest time in qualifying and managed to take the lead from the first corners, defending his position in a spectacular wheel-to-wheel duel. Logan then managed, thanks to an excellent race pace, to build a small margin and manage it until the last laps, where he magnificently defended his leadership from the comeback of his opponents.

A victory sought and almost caught several times on other occasions in the past rounds, which once again demonstrates how good the potential of Charouz Racing System has been throughout the whole season. The Russian weekend then gave the team another handful of points in Race 2, with Sargeant capable of a beautiful recovery from P11 which led to a fundamental fourth position.

The last race weekend of the year was surely more difficult but still positive for rookies Zdenek Chovanec and Ayrton Simmons. Both drivers, despite some minor problems out of the team’s control that denied them to clinch their first points in the championship, finished both races without making driving mistakes, a fundamental aspect in order to make them cover useful mileage for their learning path in the category looking to the 2022 season.

After this very positive last round, the final standings of the 2021 FIA Formula 3 championship see Sargeant finish the championship in P7 in the Driver Standings, while Charouz Racing System gains a position and conquers P5 in the Team Standings. A result that is even more valuable considering the extra work the squad had to put in to face the challenge presented by the driver line-up changes during the season, a big team effort to be proud of.

Antonín Charouz, team owner
“It is an immense joy for me and for the team to end the season with a victory and an overall performance that makes us proud of our hard work. A final result that motivates us to look up to 2022 with great awareness of our potential and great goals for which we will start working very soon. A huge thank certainly goes to all the people who put 110% of their commitment and talent to make this happen. Big congratulations to Logan Sargeant, capable of a brilliant season that confirms his value, and to all the other drivers who brought our cars to the track with the utmost commitment and professionalism”.

Logan Sargeant
“Race 1 went just the way we planned. I had a proper good start, grabbed the lead and I was then able to build a decent gap. In the last lap we withheld the late attack from Hauger and took the chequered flag in P1, I’m so happy that I’ve been able to give the team a victory this season. The Feature Race was again exactly what we needed. We went from P11 to P4 to seal the 5th place in the constructors championship and 7th in the drivers championship. So much progress has been made this year and we showed that this weekend”.

Zdenek Chovanec
“After quali we had a good improvement in Race 1, getting there step by step. I’m happy about the pace we had, especially in the last stage where we were running alone because of the 10 seconds stop and go penalty we got. I’m happy with the result of Race 2 as well, we had a good start and managed to gain a few positions at the start. The pace was not the best but there’s a lot of improvement since Spa. The team did a really amazing job during the whole weekend”.

Ayrton Simmons
“I’m very happy about my first race in Formula 3. There’s obviously a lot to learn but I think we did a pretty good job considering. In Race 2 we where very unfortunate to have come into a problem which meant I had to start from the pitlane, but after that we got some really good and clean running and we showed top 14 pace towards middle-end of the race, so I’m very pleased. I would like to thank the team for all of their help this weekend and making sure everything went as smoothly as possible”.

“5th place in the constructors championship and 7th in the drivers championship. So much progress has been made this year and we showed that this weekend”.”