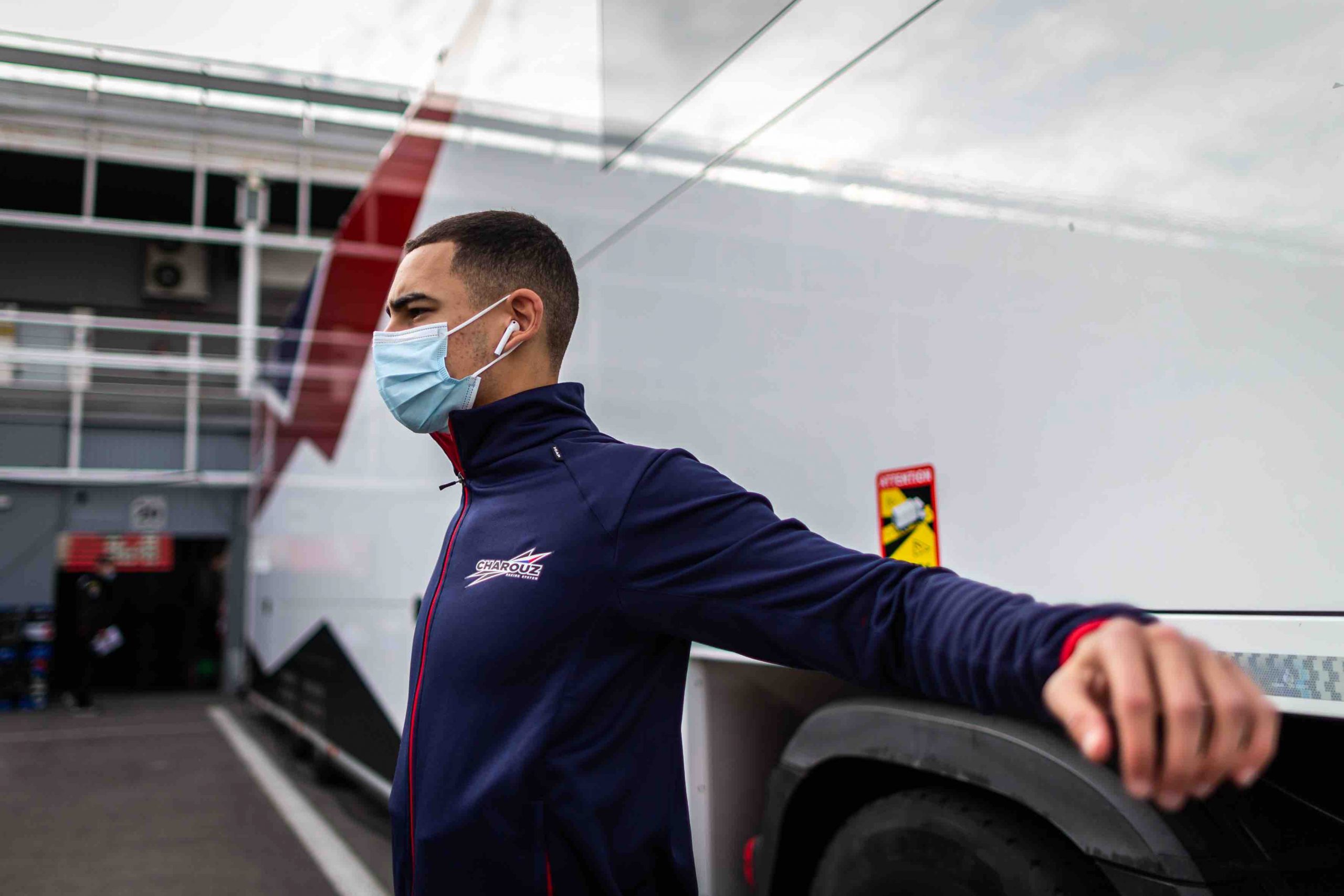 “I’m very happy with the job that we did during these two days. We understood a lot of things ahead of what will come next.”

Charouz Racing System continued its on-track preparations for the FIA Formula 3 Championship 2021 campaign with further 2-days collective test in Barcelona, Spain, the same venue that is going to host the opening round in May. The Czech team maintained the same drivers’ line-up fielded a couple of weeks ago at the Red Bull Ring, with Reshad De Gerus, already confirmed for the season, joined by Logan Sargeant and Michael Belov. The Žebrák-based squad completed solid work, on the wave of the promising signals that emerged already in the Austrian tests, putting at least one car in the combined standings’ top 10 of both days.

Rookie De Gerus was the fastest Charouz driver after the very first session on Wednesday morning, setting a 1:34.352 time, good enough to launch him in 7th position and to display an interesting rate of improvement. Moreover, the session was not so easy at the start, after the rain had fallen in the previous hours, which requested an early use of Pirelli’s wet tyres. On the other hand, Belov (1:34.570) and Sargeant (1:45.217) were respectively 12th and 23th, committed in a behind-the-scenes program.

The Russian and the American driver, a 2020 title contender, made their break into the top 10 on Wednesday evening. Michael was 6th (1:32.543) and Logan 9th (1:32.679), while Reshad switched his focus on race simulations, paying not so much attention to single-lap pace.

Charouz Racing System, between Wednesday and Thursday, covered a total amount of 462 laps with its three cars, collecting lots of data which are going to be very useful to be ready for the 2021 FIA Formula 3 Championship kick-off on the 7-9 May weekend.

Antonín Charouz, the owner of the team, said: “These tests in Barcelona have been very productive, with a solid amount of mileage and interesting lap times when we decided to push: it’s quite pleasing to have seen all our drivers getting into the top 10. Reshad continued his adaption process to the Dallara-Mecachrome F3 car and Pirelli tyres, always learning something. In the meanwhile, we relied on Logan and Michael’s previous experience in this category to do also some fine-tuning on the setup. I want to thank both for their job during this pre-season with us. In general, we have been able to carry on the good momentum started in the previous test in Austria. Now we have a couple of weeks ahead to analyze all the data, preparing the FIA Formula 3 season-opener in the best way”.

Reshad De Gerus: “I’m very happy with the job that we did during these two days. We understood a lot of things ahead of what will come next. I need to work on qualifying runs but I am happy with the race runs, we are looking strong, so that’s a very good point”.

Logan Sargeant: “The two days of testing went very well. We were able to get the car dialed in, especially for day 2. It was super enjoyable to work with the team, and I think we took a step in the right direction. I’m thankful for the opportunity Charouz has provided me”.

Michael Belov: “The test went not bad, I can say, in the first day we did a good job and made a good time, but on the second day, we did a mistake with brake balance, which cost me all the morning session, then we did two race sims and during the second, I understand what I did wrong and made a note, I will not make this mistake anymore. Want to thank SMP Racing and Charouz for this opportunity”.

“I’m very happy with the job that we did during these two days. We understood a lot of things ahead of what will come next.”