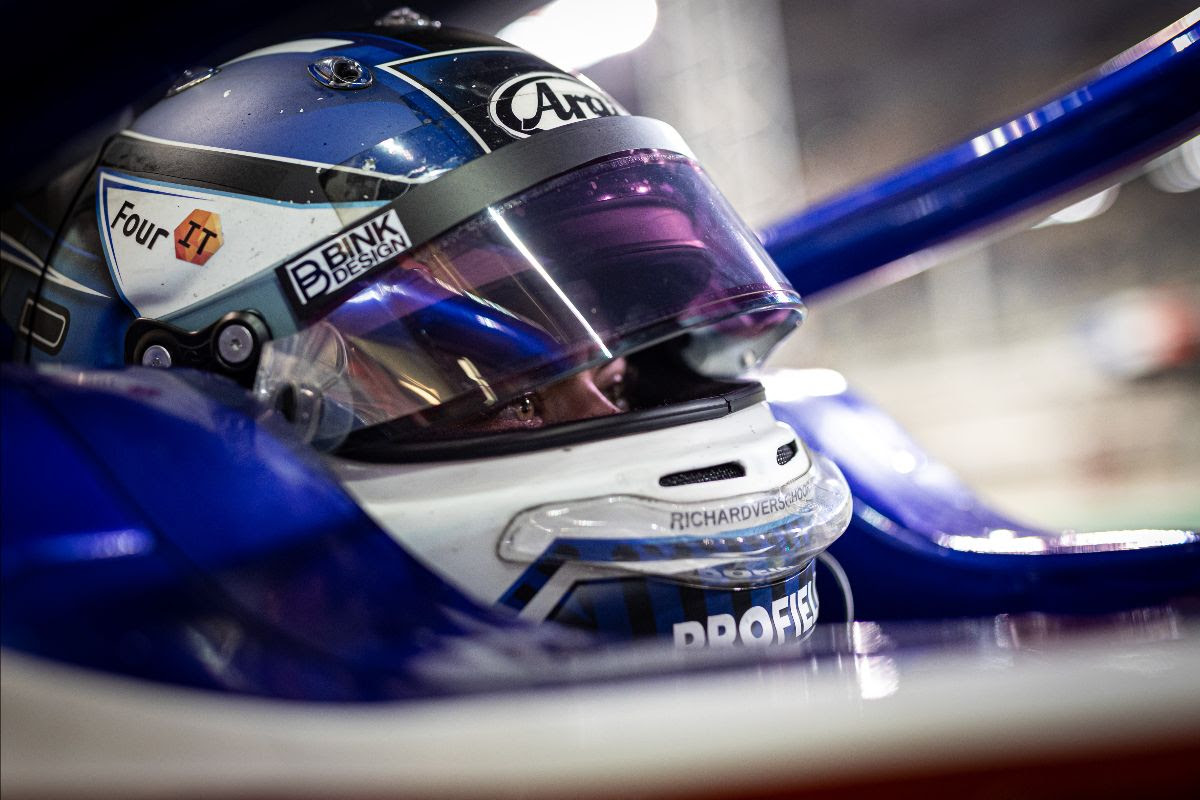 “We faced some difficulties with some issues during FP and Race 1 but in the end we kept fighting and ended up with P11 from last on the grid and P10 from 16th in the Feature Race. It was a late call but I’m happy and thankful for the opportunity Charouz gave me.”

The 2021 season of Charouz Racing System officially ends with Round 8 of the FIA Formula 2 championship. A hard-fought weekend on a track with a modified layout that offered a good show and many overtakes. Despite a difficult qualifying, the two cars of the Czech team showed good race pace in both the Sprint Race and the Feature Race.

Richard Verschoor, called last minute to replace Enzo Fittipaldi, who’s still recovering from the crash in Jeddah, delivered a very good overall performance. The Dutch driver, after being forced to a stop by an unfortunate mechanical problem in Race 1, was in fact really close to the Top 10 in Race 2 thanks to a spectacular recovery from P22 to P11. He then took a point in a very hard-fought Race 3, arriving P10 and ending his season with 56 points in the Driver Standings, enough to put him in the final Top 10 of the championship.

Guillerme Samaia fought hard in all three races, trying in every way to seize his first points of the season and coming very close to it in Race 2, where he finished P12 just behind his teammate. The Brazilian driver can still look back on its 2021 season with reasons to be happy. He delivered several positive performances and he would certainly have deserved more than he was very often denied by some very unlucky circumstances.

The 2021 season is over but the work for Charouz Racing System at the Yas Marina circuit continues with three days of post-season test sessions, which will be held on December 16-18. The FIA Formula 2 2022 season, which will kick off in March in Bahrain with a return to the previous weekend format that includes two races for each round and the concurrence with the FIA Formula 3 championship, starts here.

Antonín Charouz, team owner
“I am very pleased about ending the season with another good performance. I wanna thank Richard for having excellently replaced Enzo, to whom I renew my best wishes for a speedy recovery, and I wanna thank Guillerme for his great commitment and hard work throughout this whole 2021 campaign. I’m very proud of how the team, and every single person that’s part of it, has faced this tough season and I’m sure we will be able to improve even more in 2022, for which we’ll start working as early as the next few days with the post-season test sessions here at Abu Dhabi”.

Bob Vavrik, team principal
“It’s been a tough season and at times also unlucky for us, but the whole team and the drivers have always honored their commitment to the fullest, putting their 110% into every day, every session, every race. We must be proud of the work every single one of us has done through the year, take all the good thing we have accomplished to get to work right away and prepare for the 2022 season. We know that our potential is higher than the results suggest and our goal is to prove it from the very beginning of next season”.

Guilherme Samaia
“It was an amazing season, with its ups and downs. This last one has been a quite solid weekend for us, we had a strong race pace but we need to understand a bit more how to get there in qualifying as well, so we can be even stronger. Anyway, I can’t thank enough the team for what they’ve done for me, I really learned a lot this year. We had a bit of bad luck in some races, but again I’m really happy and thankful and I hope that we’ll continue pushing in the future”.

Richard Verschoor
“I’m happy with our race today. We faced some difficulties with some issues during FP and Race 1 but in the end we kept fighting and ended up with P11 from last on the grid and P10 from 16th in the Feature Race. It was a late call but I’m happy and thankful for the opportunity Charouz gave me”.

“We faced some difficulties with some issues during FP and Race 1 but in the end we kept fighting and ended up with P11 from last on the grid and P10 from 16th in the Feature Race. It was a late call but I’m happy and thankful for the opportunity Charouz gave me.”